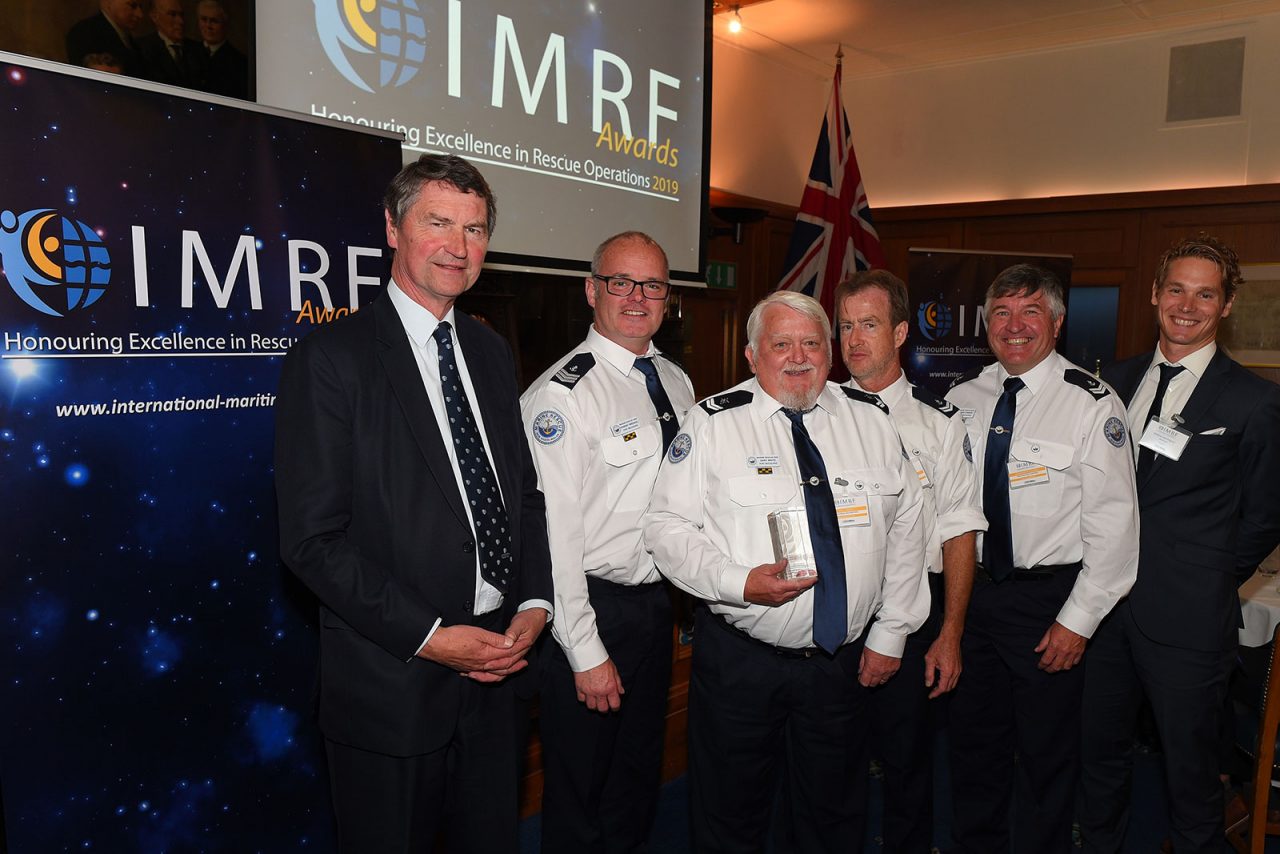 Marine Rescue Port Macquarie volunteers have been recognised at the 2019 International Maritime Rescue Federation Awards in London by winning “The Award for Outstanding Team Contribution to Maritime SAR Operations”.

Marine Rescue NSW Commissioner Stacey Tannos said the rescue was extraordinary. “It’s good that we get this type of recognition and it doesn’t come very often,” he said. “It was a remarkable rescue, it really was and by remarkable people. The International Maritime Rescue Federation has some 48 member countries that are a part of that group and we are competing against some very large organisations. To be short listed is a really good thing, to win it is extraordinary.”

Mr Tannos praised the crews quick thinking and bravery in providing medical treatment and boarding the sinking vessel to save the injured men.

“We get 700 calls a year attending maydays for life threatening situations,” he said. “On this occasion I think the three people on the boat are extremely fortunate we got there when we did. It’s extremely difficult circumstances to decide to stay on the boat, let it sink and float the crew out to avoid added complications.” 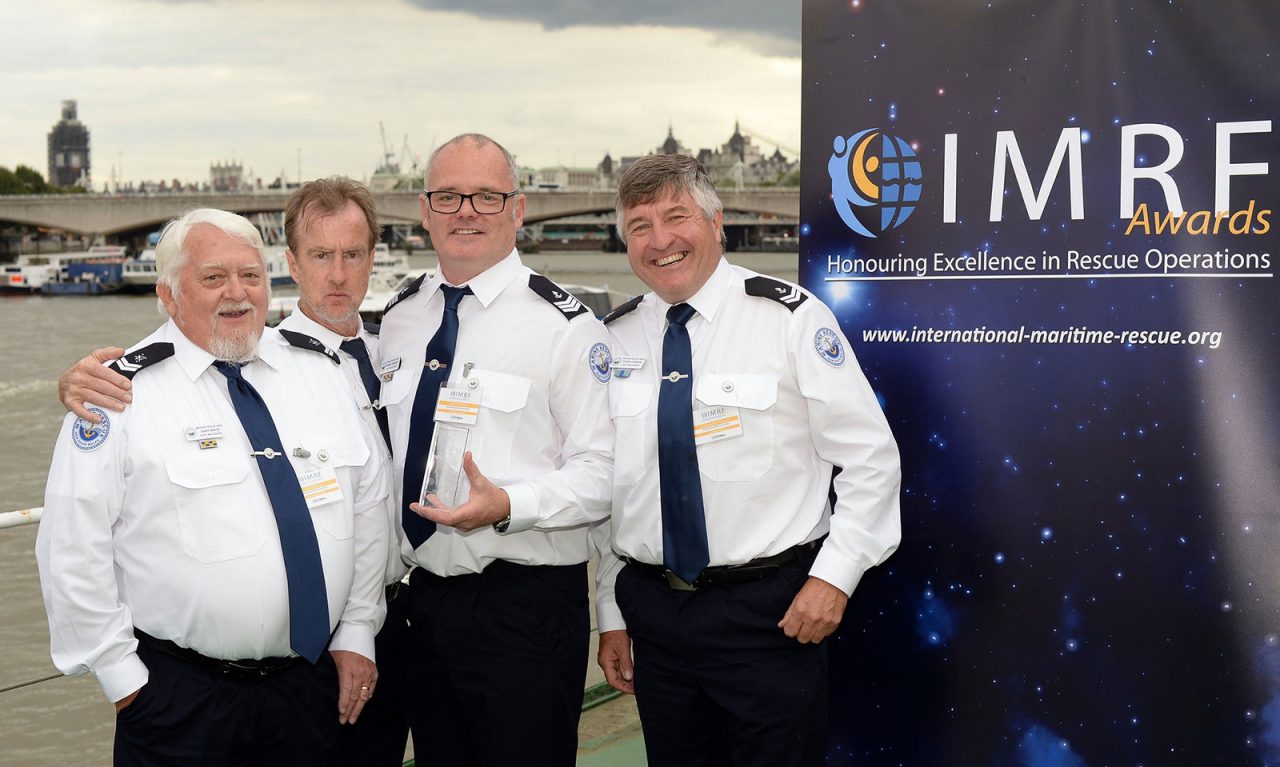 The team also collected a Professional Commendation Award for the same rescue at this year’s 43rd Australian Search and Rescue Awards on the same night in Adelaide.

Commendations for Courage and Commissioner’s Citation have also been awarded to the crew and unit by Marine Rescue NSW Commissioner Stacey Tannos. 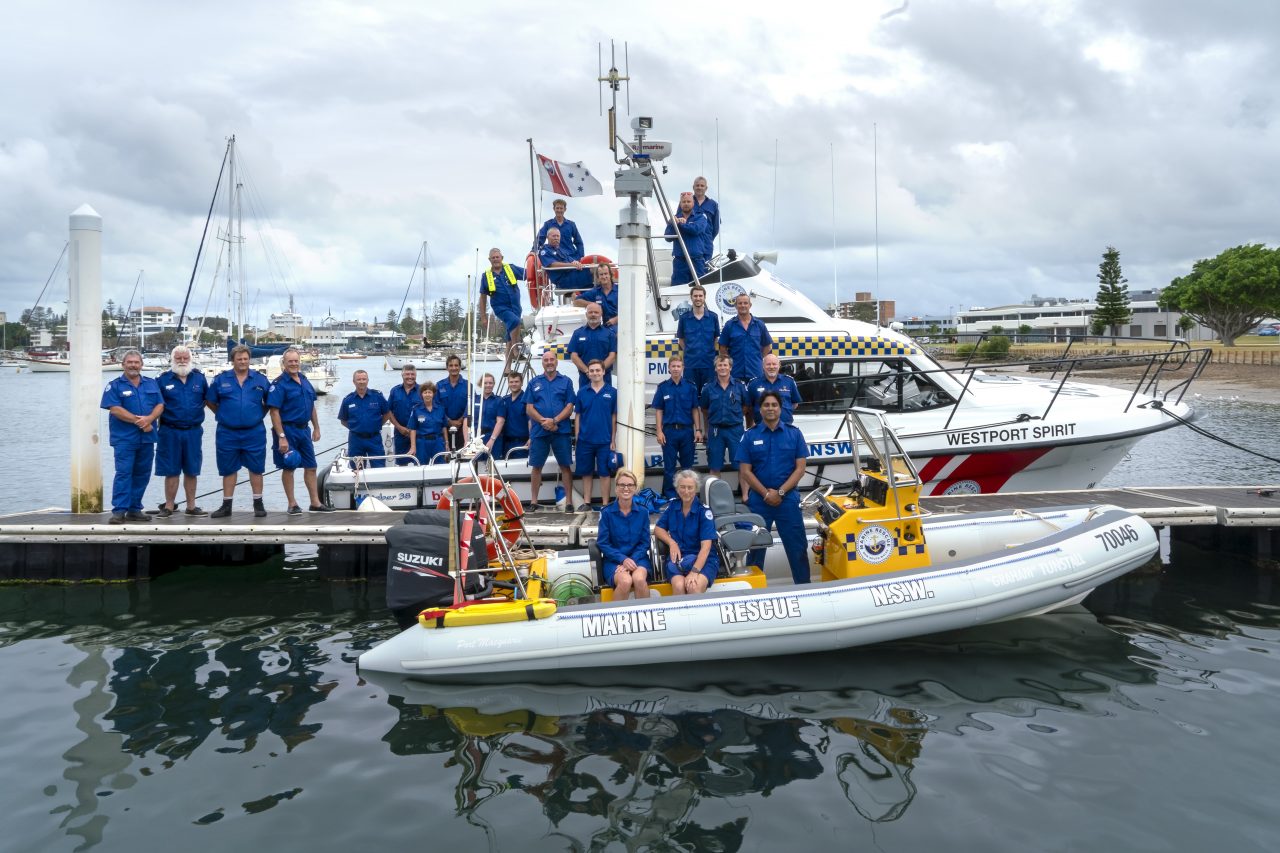 In April this year, Marine Rescue Port Macquarie received a mayday alert that a 10m motor cruiser with three people on board had run into something hard at sea. The impact was so severe that two people on board had suspected back injuries and the third had a broken jaw.

Two vessels were initially deployed to begin the search. It took some time to find the boat, as the crew member with the broken jaw – the only one able to communicate – could hardly speak. When they finally found the badly damaged motor cruiser, it was sinking.

Two rescue crew boarded the sinking motor cruiser and gave first aid, while the other rescue boats brought a water pump and two paramedics. The two casualties with back injuries could not be moved and a decision was taken to tow the vessel slowly home. But as the tow began, the vessel started sinking faster.

After a rescue operation lasting more than six hours, during which the Marine Rescue team demonstrated great skill and courage, they finally managed to get the casualties to safety.