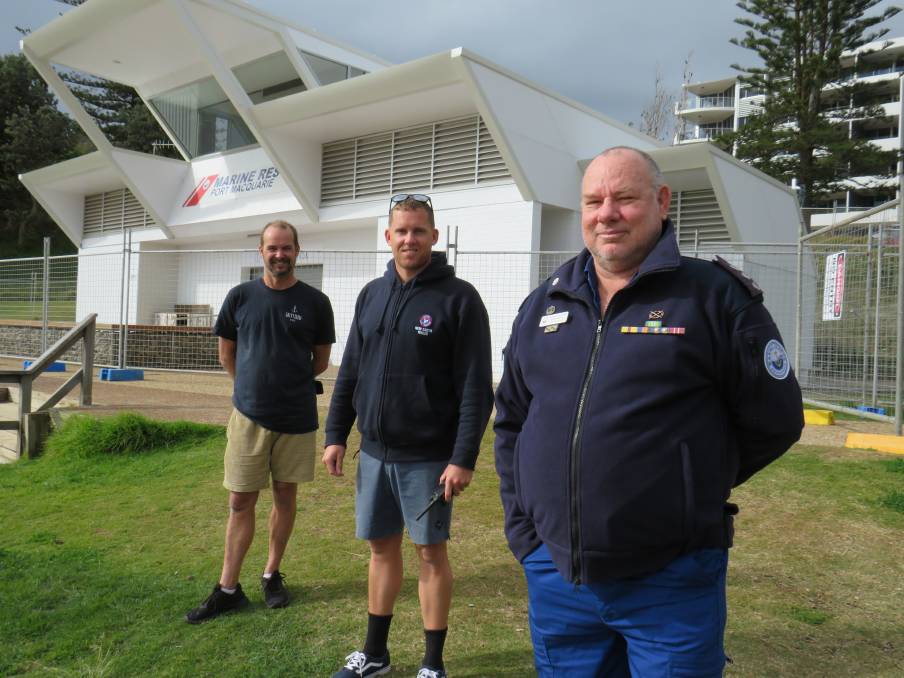 The Town Beach Radio Base is on track to be completely up and running by early September.

It’s been nearly a year since the facility was extensively damaged by fire in September, 2019.

The blaze originated from a female amenities area, causing smoke and heat damage to the Marine Rescue radio base and kiosk areas. The building was targeted again by a second fire in April 2020.

Works at the location are expected to be finished by August 20.

Marine Rescue Port Macquarie unit commander Greg Davies said the crew are very excited and will hopefully return to the base by September 1.

“We can then get back to our core business of saving lives on the water,” he said.

The unit’s equipment including electronics was destroyed in the fire.

“We’ve had to go out and buy all of it brand new,” Mr Davies said. “It’s been a very expensive year for us.”

Unit members have been unable to hold raffles or barbecues to help them raise vital funds, due to coronavirus health restrictions.

However, Mr Davies said people are still welcome to make donations and support the service via the Marine Rescue website.