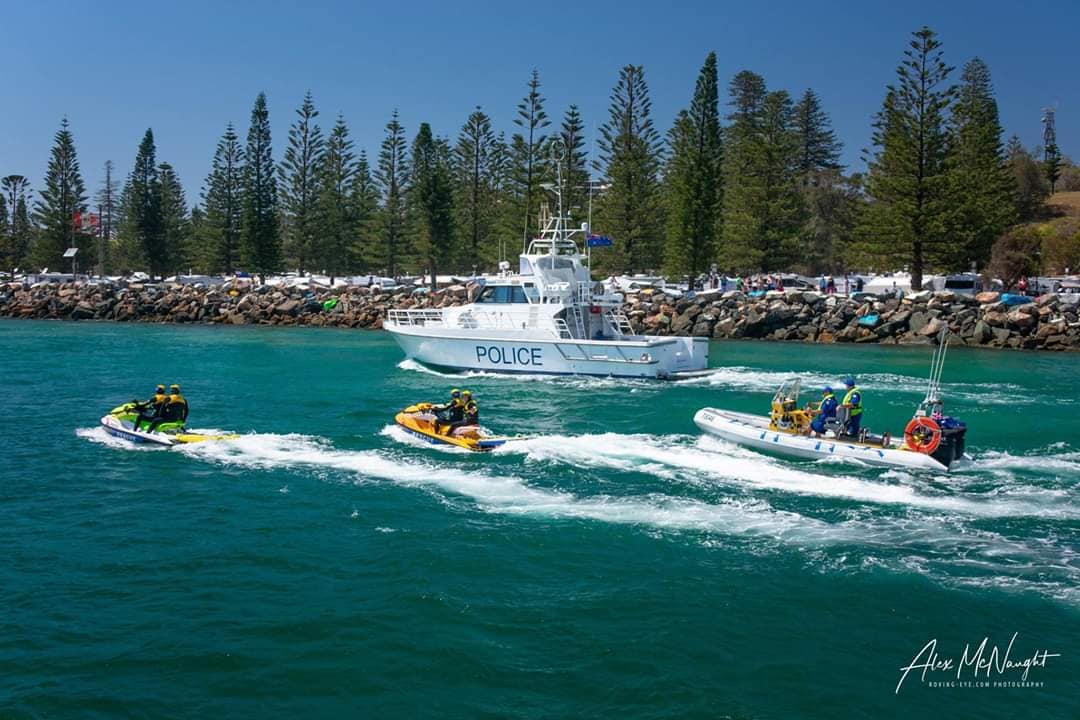 Saving lives on the water is what Marine Rescue are tasked to do and on Australia Day the local showcased their skills in front of thousands. Greg Davies, unit commander with Marine Rescue Port Macquarie said his unit demonstrated rescue techniques along with giving bystanders an understanding of communication between the boat crew and radio base.

“Australia Day for us went really well and it was great that we could show the public just a little bit of what we do,” Mr Davies said. We had all our vessels out including our two boats and two jetskis along with a crew working at the radio base and on Lady Nelson Wharf. The jetskis showed the crowds some of our pickup techniques while we also simulated an out of control mayday call and an abandoned ship drill. Some crew members also inflated their life jackets during the scenario which some people watching would not have seen before.” 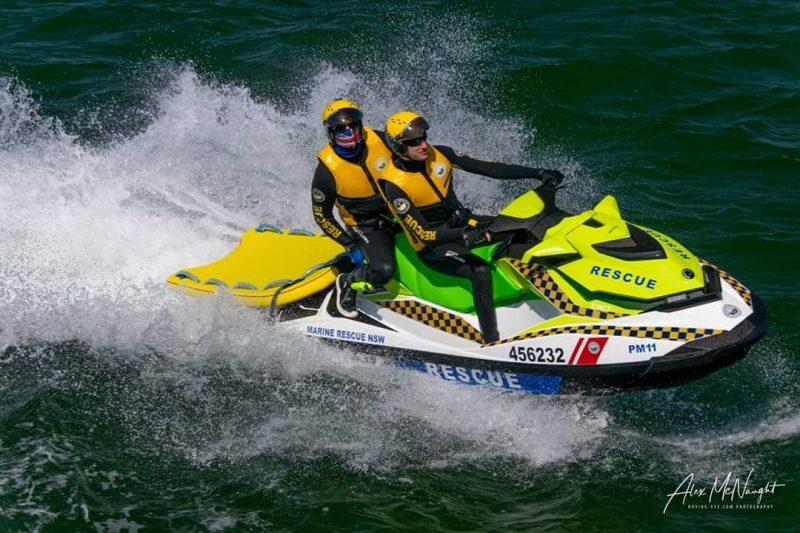 Mr Davies said the idea behind the simulation was to show the public what they are capable and deal with when heading out on calls. “For most people they are genuinely interested in what we do and Australia Day was the perfect chance to show off what we do,” he said. “For boat users it was a chance for them to see some of our safety and rescue techniques in action in a safe environment. When learning about safety equipment boat users are usually shown videos but seeing it in live action adds another level of understanding as well.” 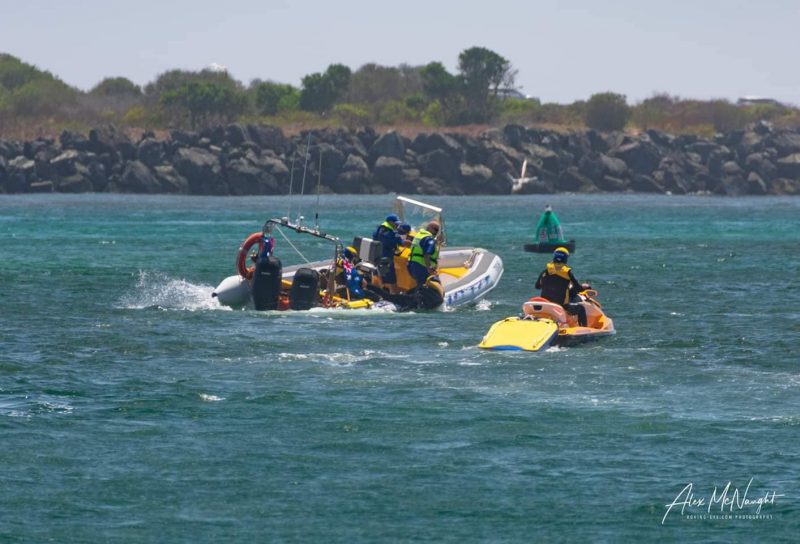 He said over the long weekend Marine Rescue Port Macquarie also responded to two calls for help. “On Australia Day we were called to help a broken down jetski and later a broken down boat who needed help returning safely. The boat crew led by skipper Rob Breskal and the radio base did an excellent job in both the drills and the two call outs over the weekend and should be commended for their hard work.” 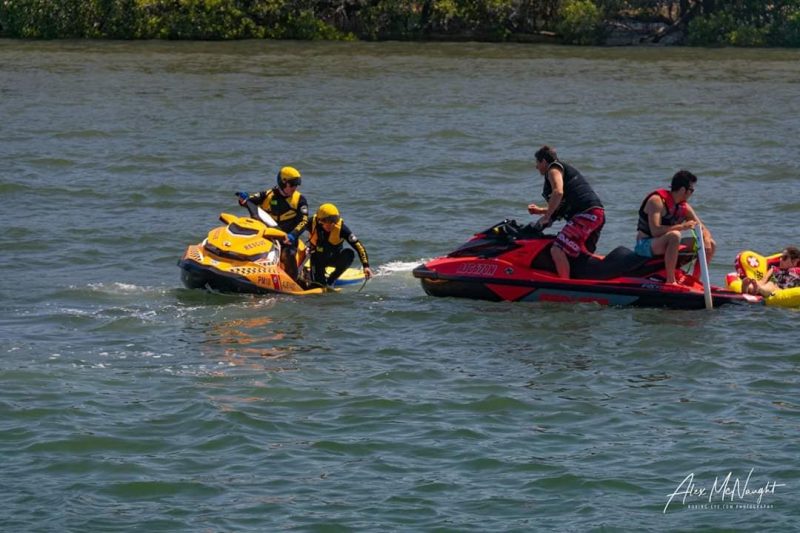