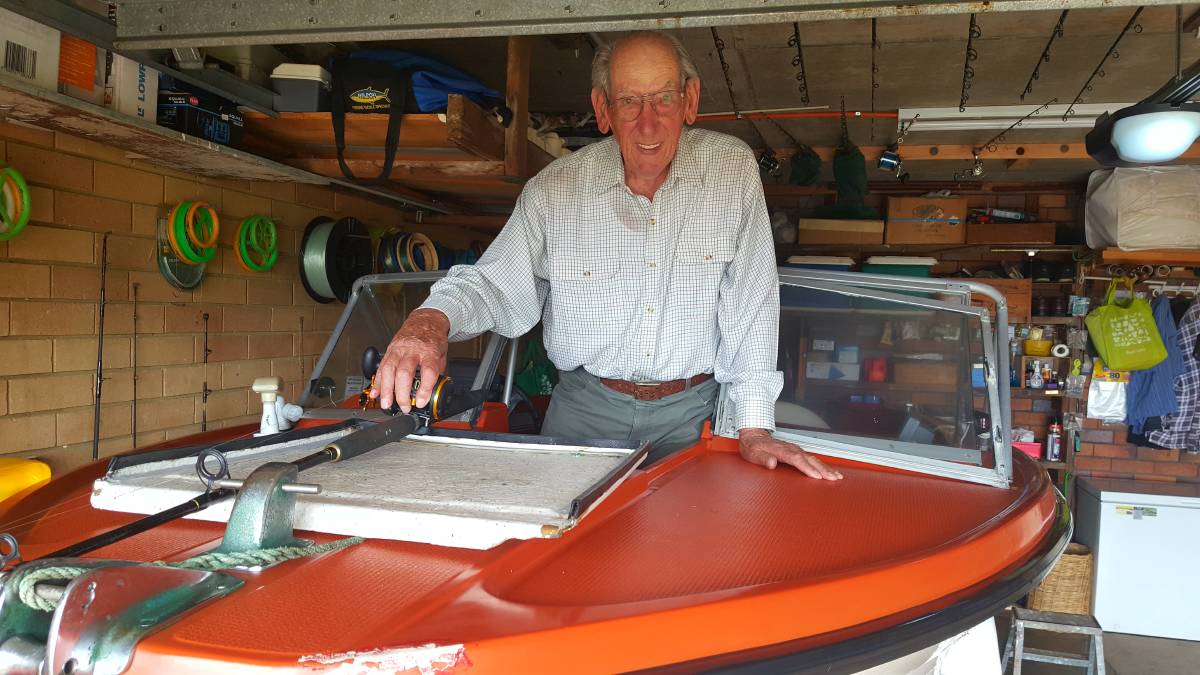 An avid ocean fisherman, Jim Fischer certainly knows his way around the waterways in Port Macquarie. A member of the Port Macquarie Blue Water Fishing Club since 1976 he said he has enjoyed the fortune of being under the watch of Marine Rescue ever since.

“Back when I first joined the Blue Water Fishing Club the rescue radio base was situated in Fred Denning’s Bait and Tackle Store on Pacific Drive which was a long way from the ocean,” Jim said. “But it was always good to know there was someone at the end of the radio if you needed help or just wanted a chat.”

Since the 1970s the local Port Macquarie boating community have been looked after by volunteers from Port Macquarie Marine Rescue and before that, Port Macquarie Sea Rescue. Dedicated volunteers ensure thousands of yachts, boats, jetskis and their crews, safely navigate the waters around the Hastings each year as well as respond to emergencies out on the water. For the last 25 years the volunteers have also run the PM Supporters Group which gives the local boating community extra security that if something was to happen, Marine Rescue would come looking.

When a member of the PM Supporters Group logs on with Marine Rescue they get checked on at 9am, 12 midday, 3pm and 6pm to make sure they are okay. If they are the conversation tends to be short according to club founder Geoff Shelton but otherwise the unit go through standard procedures to ensure the boat and crews safety. This might be as simple as checking the boat ramp or sending a boat out to look for them.

Jim said when the PM Supporters Club came to fruition 25 years ago it was a no brainer that he would sign up. “I think Marine Rescue and Sea Rescue before that, do a wonderful job at keeping us safe when we go out but that can only happen if we help them as well,” he said. “When the PM Supporters Club was started it was a natural progression for those in the Blue Water Fishing Club to come and sign up.

“I was able to pick any number I wanted but I chose the same number as my Blue Water Club number – 53. It has changed a lot since the early days but all the changes have been the result of trying to keep us safe out in the big blue ocean.”

He said over the years he himself has had a few close calls as well knowing friends who had to be rescued by the team in blue.

“Absolutely I have had to put in a call to be rescued. It was a few years ago but I was having some engine trouble and Marine Rescue came and got me. But family members have also used their assistance as well as friends of mine and I have to say we have always been glad when we see their boat coming towards us.”

Back in October Jim was one of a handful of people who were given life membership in the PM Supporters Club and he said he was honoured.

“It was a pretty big deal and I am very proud to say I am now a life member of the supporters club and will treasure that membership. To know that they will ring you every three hours when you go out to sea gives you remarkable piece of mind. I think you would be stupid not to log on with them when you go out because you never know what will happen. You hope nothing bad happens but you never know.”